The 10th day of war in Ukraine. The 10th day of war against humanity. We have no words to react to the horrific events we see in Ukraine caused by Russian aggression today. Killing civilians. Killing children. Raping women. Destroying civilian infrastructure. Obstructing humanitarian corridors, shelling a nuclear power plant that threatens the future not only of Ukraine, but also Europe and the whole world… It is a terrorism itself. All we know for sure is that these actions of the Russian Federation and the Russian military will meet its punishment.

On the 3rd of March the International Criminal Court (the Hague) made a decision to send a team to investigate the war crimes in Ukraine.

The decision was made after 39 countries that are parties to the Rome Statute that established the court petitioned the ICC to begin an investigation. The prosecutor of ICC said: “These referrals enable my Office to proceed with opening an investigation into the Situation in Ukraine from 21 November 2013 onwards,” Khan added that its scope would encompass “any past and present allegations of war crimes, crimes against humanity or genocide committed on any part of the territory of Ukraine by any person”. 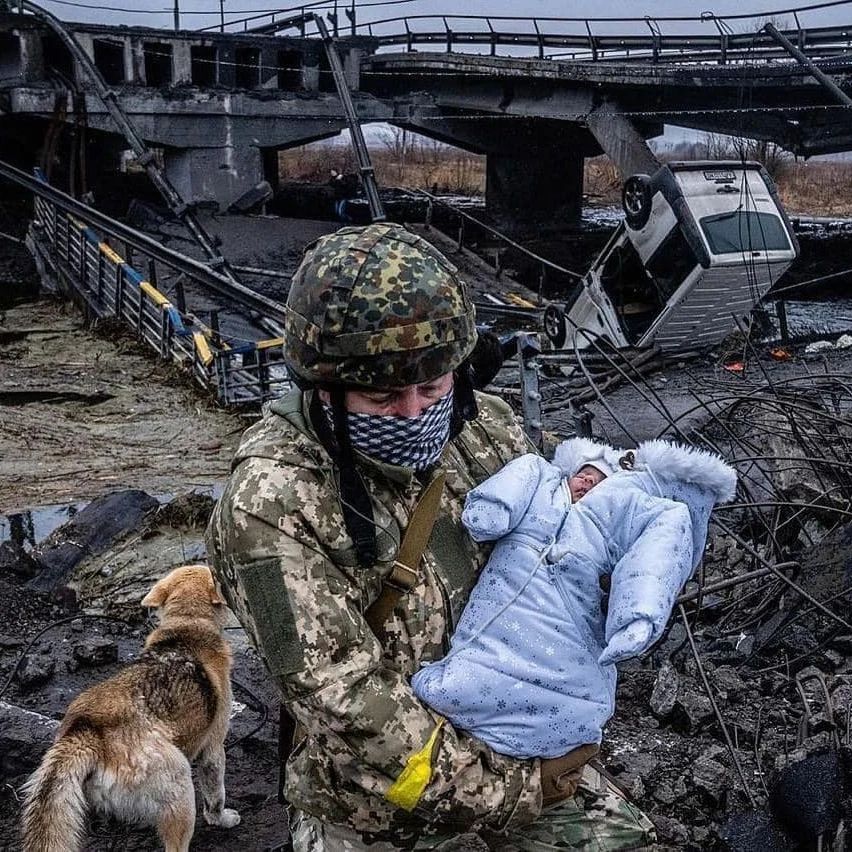 There is no other word how you would call what is happening right now in Ukraine. Russians are killing people. Lots of them.

So, as of March 4, 188 Ukrainians, including 122 civilians (5 children among them) had died from the hands of Russian invaders in Kharkiv region. On the 4th of March, in the village next to Kyiv, as a result of shooting, 8 private living houses went on fire. 2 kids were injured. As a result of the shooting, 5 people (among them 3 children) died. In Zhytomyr a rocket hit in school building. Russian troops use weapons banned in war. 11 cases of rape of Ukrainian women by russian soldiers were recorded in Kherson. According to the doctor of the Karabelesh polyclinic, five victims survived. 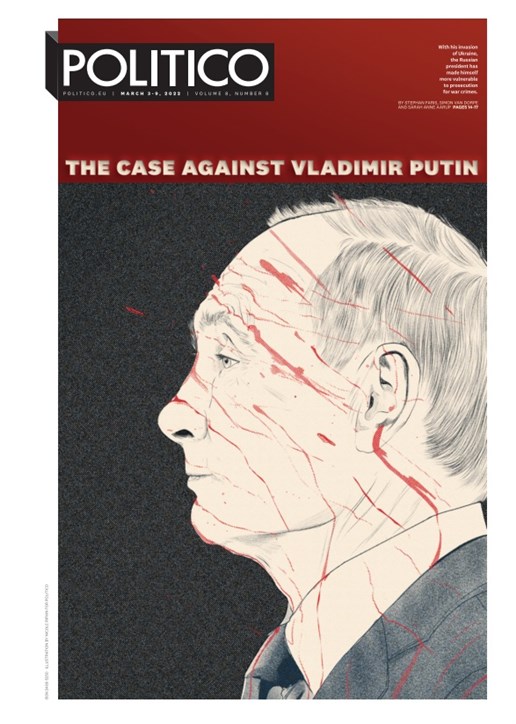 Cover of the American magazine Politico

Volodymyr Zelensky said: “Ukrainians, our enemy has led most of its army to our country. Almost all of russia is thrown against our people. But the heroic resistance of Ukrainians for nine days alone is saving our country from this invasion. Ukrainian cities have never seen such an inhuman rage since the Nazi occupation. Chernihiv, Okhtyrka, Kharkiv again, Mariupol. They are purposely destroying civil infrastructure. Destroying people. Living districts. Only yesterday in Chernihiv russian bombs killed 47 people. Peaceful people.”

It’s not Nuclear winter… yet

On the 4th of March russian troops attacked the largest nuclear power plant in Europe and the 9th largest in the world based in Energodar. It has six reactors, each generating 950MW, and a total output of 5,700MW, enough energy for roughly 4m homes. Ukrainian authorities said the facility was secured and “nuclear safety is now guaranteed”.

Nuclear power plant is under control of russian military now. The thoughtless actions of the russian army can lead to a global environmental catastrophe that will be 6 times stronger than the Chernobyl disaster.

The International Atomic Energy Agency (IAEA) has decided to launch a 24-hour Center for Incidents and Emergencies due to a fire at the Zaporizhzhya NPP caused by shelling by Russian invaders. 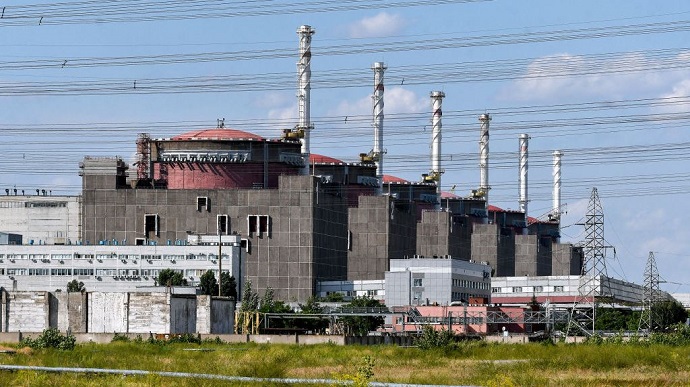 And what about NATO?

At the same time, NATO still don’t agree to close the sky over Ukraine. Within the emergency meeting of NATO in Brussels the question of No-fly zone was raised, however, there wasn’t any agreement among allies. According to “European Truth”, this was stated by NATO Secretary General Jens Stoltenberg.

“It was mentioned. But the Allies agreed that we do not need NATO planes to be in Ukrainian airspace or NATO troops on Ukrainian territory,” he said.

The former US general and former special envoy to Ukraine called for a no-fly zone. After additional questions from Ukrainian journalists if the Alliance can recall its position, general secretary of NATO gave a hint that this is impossible.

“NATO is not part of the conflict,” alliance Secretary-General Jens Stoltenberg said ahead of the meeting. “We do not seek war, conflict with Russia. At the same time, we need to make sure there is no misunderstanding about our commitment to protect all allies.”

U.S. Secretary of State Antony Blinken echoed that NATO “seeks no conflict” but is “ready for it.” Stoltenberg condemned attacks on civilians and said those and the attack on Zaporizhzhya show “the recklessness of this war and the importance of ending it and the importance of Russia withdrawing all its troops and engaging in good faith in diplomatic efforts.” Source: RadioLiberty.

Guarding the culture and by culture!

It’s uneasy even in those cities where shots are not heard. No one stands aside. These days Lviv is working on conservation and hiding valuable heritage objects: monuments, historical buildings, museum artifacts. Sculptures that are difficult to move into shelters are wrapped with a special material in several layers: non-combustible fabric, glass and foil. For example, heritage specialists have already wrapped the fountains in the Rynok Square and some of the figures around the main City cathedrals. Museums are working on strengthening their funds. 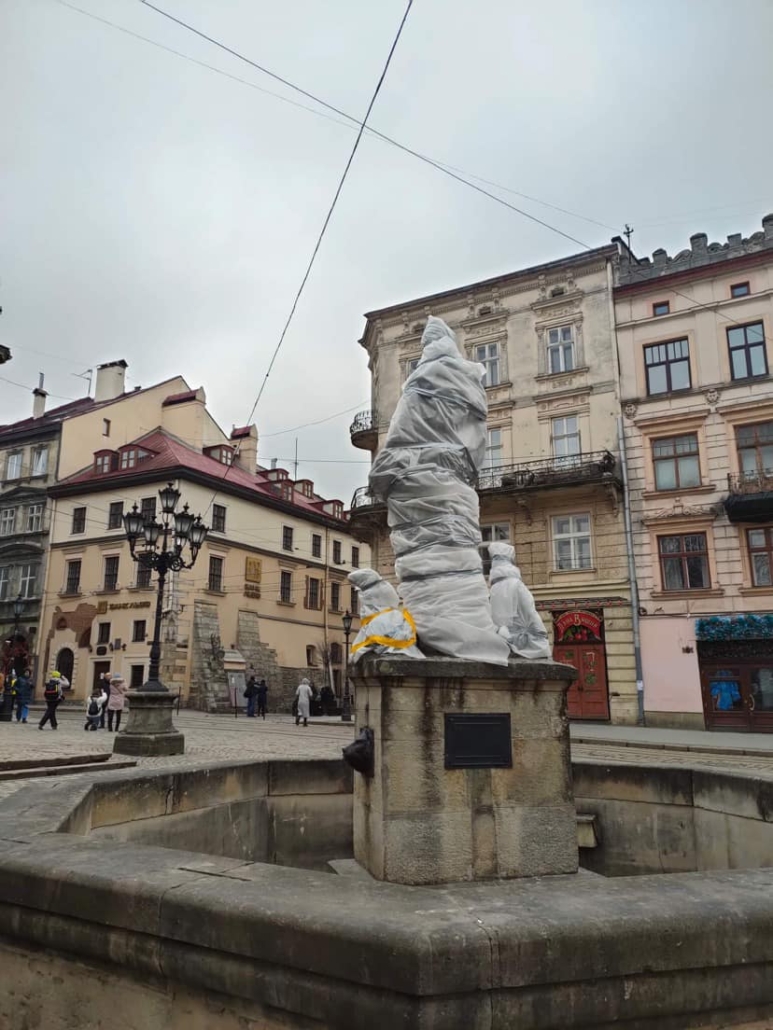 Also Lviv artists, sculptors, designers, wood and metal craftsmen and many other creative representatives from the local Ivan Trush Art Collage and Art Academy have united to defend cities and work 24/7 on welding the metal protective structures. 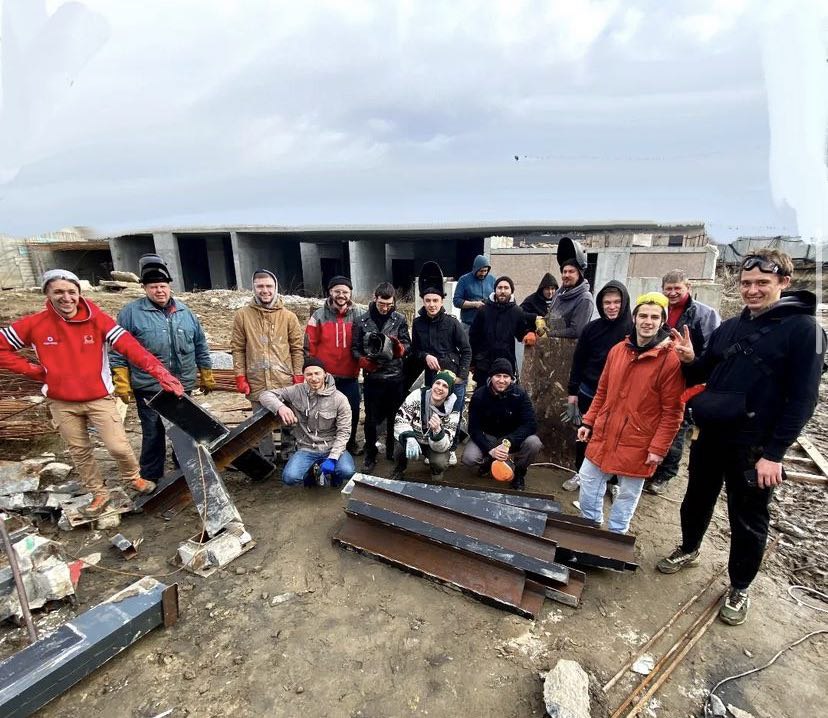 Of course, this is now typical for all residents of Lviv and West-side Ukrainian cities, regardless of activity type or education. Protection, mobilization of resources, helping refugees – this is the most important thing to do right now. The struggle continues!

Hope, these precautions won’t meet its purpose. Nevertheless: Prepared = Armed as we say.

Voices of the World

Paul McCartney, musician: Remembering playing for our friends in Ukraine in Independence Square in 2008 and thinking of them in these difficult times. We send our love and support. 🇺🇦 #StandwithUkraine

Mila Kunis, actress, and her husband Ashton Kutcher are raising money for relief efforts and promising to match up to $3 million. They plan to send the money to Flexport and AirBnB to assist in providing housing and supplies to refugees in Poland, Romania, Hungary, Slovakia and Moldova. :  “…Today I have never been more proud to be Ukrainian… The events that have unfolded in Ukraine are devastating. There is no place in this world for this kind of unjust attack on humanity.” 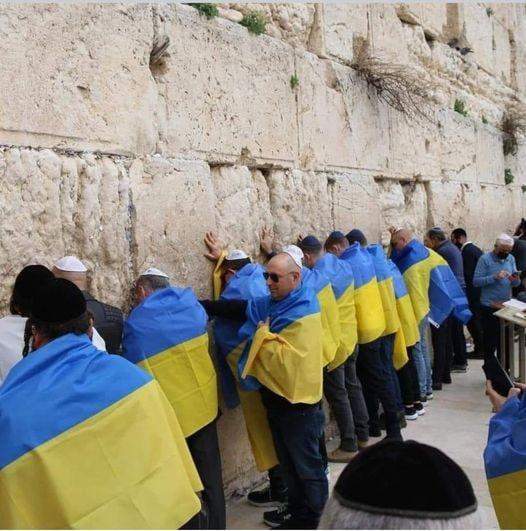 Jews pray for Ukraine near the Wailing Wall, Jerusalem

Cryptofound of Ukraine during this week raised over 50000000$ in cryptocurrency for Ukrainian support. That’s unbelievable unity facing fighting putin and protecting democracy.

Still, we always need financial support and here are the ways to donate:

NGO «Virmenska 35» (“ВІРМЕНСЬКА-35”) in Lviv opened a special fundraising account. Purposes of cost transfer should be marked as: «charity», «support the Armed Forces of Ukraine». The account was established to receive transfers from international partners and donors in both foreign currency (U.S. dollars, euros) and hryvnias. You can find info here.