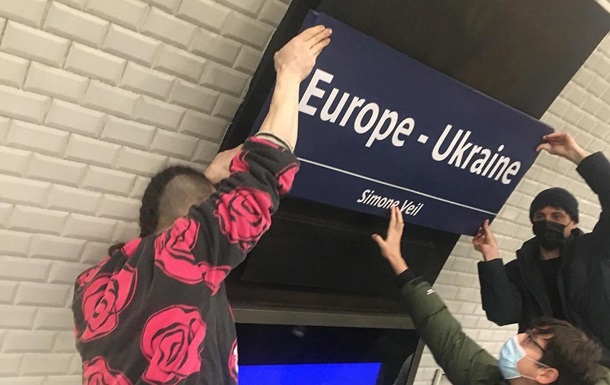 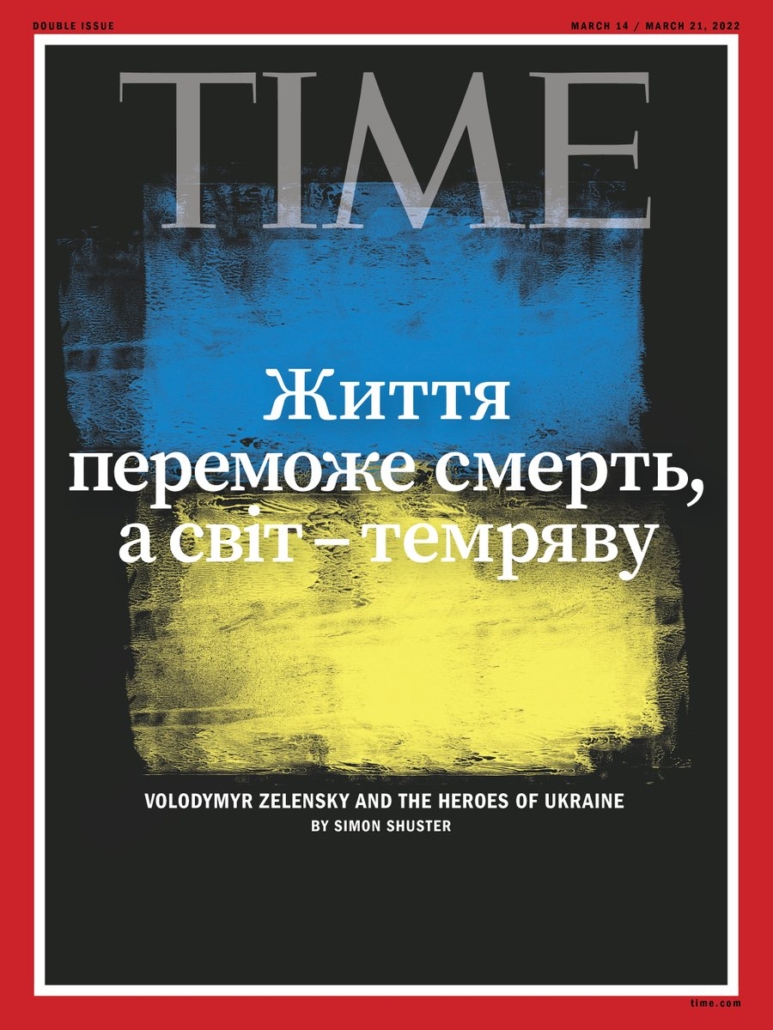 “In our history and our homeland we have survived two world wars, three Holodomors, the Holocaust, Babyn Yar, the Great Purge, the Chornobyl disaster, the occupation of Crimea and the war in the east of our country. We do not have a huge territory – like from ocean to ocean. No nuclear weapons. We are not filling the world market with oil and gas. But we have our people. We have our land. And for us it is gold. And this is exactly what we are fighting for. We have nothing to lose except our freedom, except our dignity! This is the greatest treasure for us!” – said the Ukrainian President Volodymyr Zelensky in his video.

141 UN states voted in favor of the resolution “Aggression against Ukraine”. This is a record number of votes for the Ukrainian resolution since 2014. The resolution states the existence of aggression, demands that Russia cease fire and withdraw troops from Ukraine beyond its internationally recognized borders.

Russia, Syria, North Korea, Eritrea, Belarus – the only 5 countries who voted against the UN General Assembly resolution. This resolution will not only be an important political signal of Russia’s isolation, it will also be used in international courts, noted the Minister for Foreign Affairs of Ukraine Dmytro Kuleba.

More than 2,000 civilians have been killed since the start of a full-scale Russian invasion and aggression in Ukraine. There is a difficult humanitarian situation in many Ukrainian cities, like in Mariupol or Kherson; the aggressor doesn’t allow to organize the green corridors for the supply of basic necessities. Russian troops continue to destroy the civilian infrastructure in Ukraine and violate the rules of war, such as using of prohibited weapons or using medical vehicles for armed attacks.

The largest referral to the International Criminal Court ever

The investigation of Russia’s crimes against Ukraine was initiated by Prosecutor of the International Criminal Court in The Hague Karim Khan. He describes the actions of the occupier as “war crimes” and “crimes against humanity”. As of March 2, 38 states including all EU member states, as well as Australia, Britain, Canada, New Zealand, Switzerland and several Latin American countries, have filed a lawsuit — that’s the largest ever referral to the ICC.

These appeals, Khan explained, allow his agency to launch an investigation into the situation in Ukraine from November 21, 2013 to the present, and thus “cover all allegations of war crimes, crimes against humanity or genocide committed before and now and committed throughout Ukraine by anyone anytime”. Khan also added that his department immediately began gathering evidence. 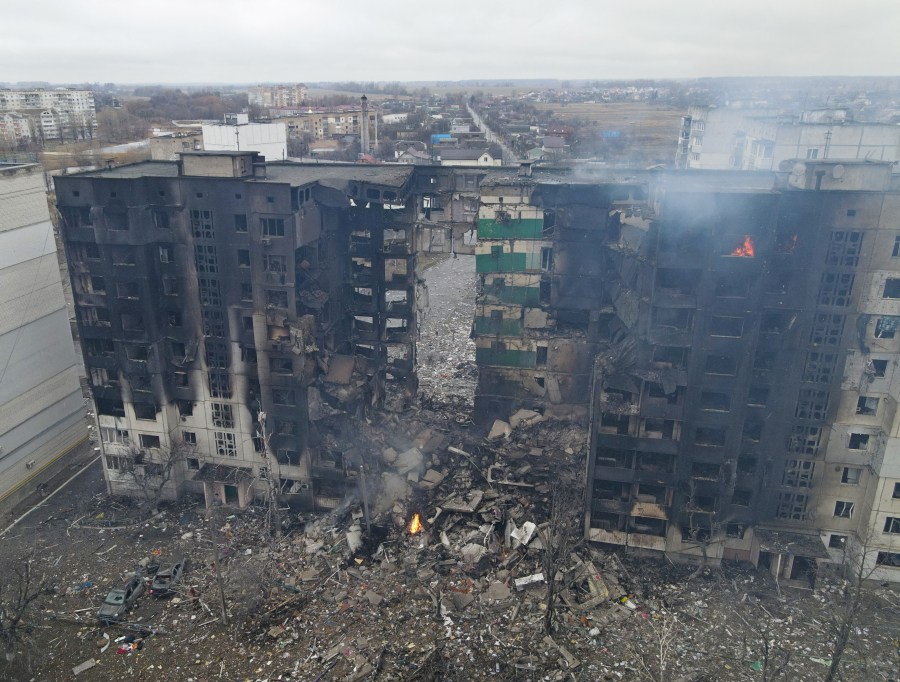 Sanctions will not stop Putin, whatever they are… Only those already started war can stop one. One should not pretend and try to calm one’s conscience in Ukraine by supplying only weapons, and even that too late. Ukrainians are fighting for us, their children are protecting us from Putin’s madness.
Repetition of the mantra that NATO can’t help Ukraine sounds pathetic and shows the cowardice of the West…
The West still doesn’t get that European war continues in Ukraine. You either take part in fighting the aggressor or or watching him destroy Ukraine and its people, you become part of war crimes. Yes, we’re involved in a crime. If we do not stop Putin in Ukraine, we will still have to fight, but yet — in our own countries. Ukraine asks for real help while we’re watching as residential neighborhoods explode on TV screens and we swear that “we support Ukraine well”
I am ashamed to hear NATO leaders and officials complain that they “cannot risk resolving the conflict in Syria, Libya, Africa, Yugoslavia, Afghanistan. Today, Ukraine is fighting for the survival of its nation and the European world. Will we continue to watch for the destruction of an independent state?”

Glory to Ukraine. Glory to her Heroes, so far only to her heroes, because others are not yet visible on the horizon.

The Russian invasion into Ukraine and the violence of the Russian military against the Ukrainian people, Ukrainian culture and Ukraine as a state which wants to be free and choose its future itself are dazing.

The desire and duty to defend his country and his freedom has forced many Ukrainians to take over — from very young, like 19-year-old biathlete Yevhen Malyshev, who died fighting the occupiers defending his hometown of Kharkiv to a woman, born in 1938. There are many such people!

The representatives of the cultural sphere are among defenders too. There are film directors Akhtem Seitablayev and Oleh Sentsov, ballet dancers Olesya Vorotniuk and Oleksii Potiomkin, theater actor Oleksiy Kravchuk, musician Oleg Mykhailyuta and Serhiy Fomenko, writers Artem Cheh and Bohdan Kolomiychuk. These are just a few examples! Glory to heroes! 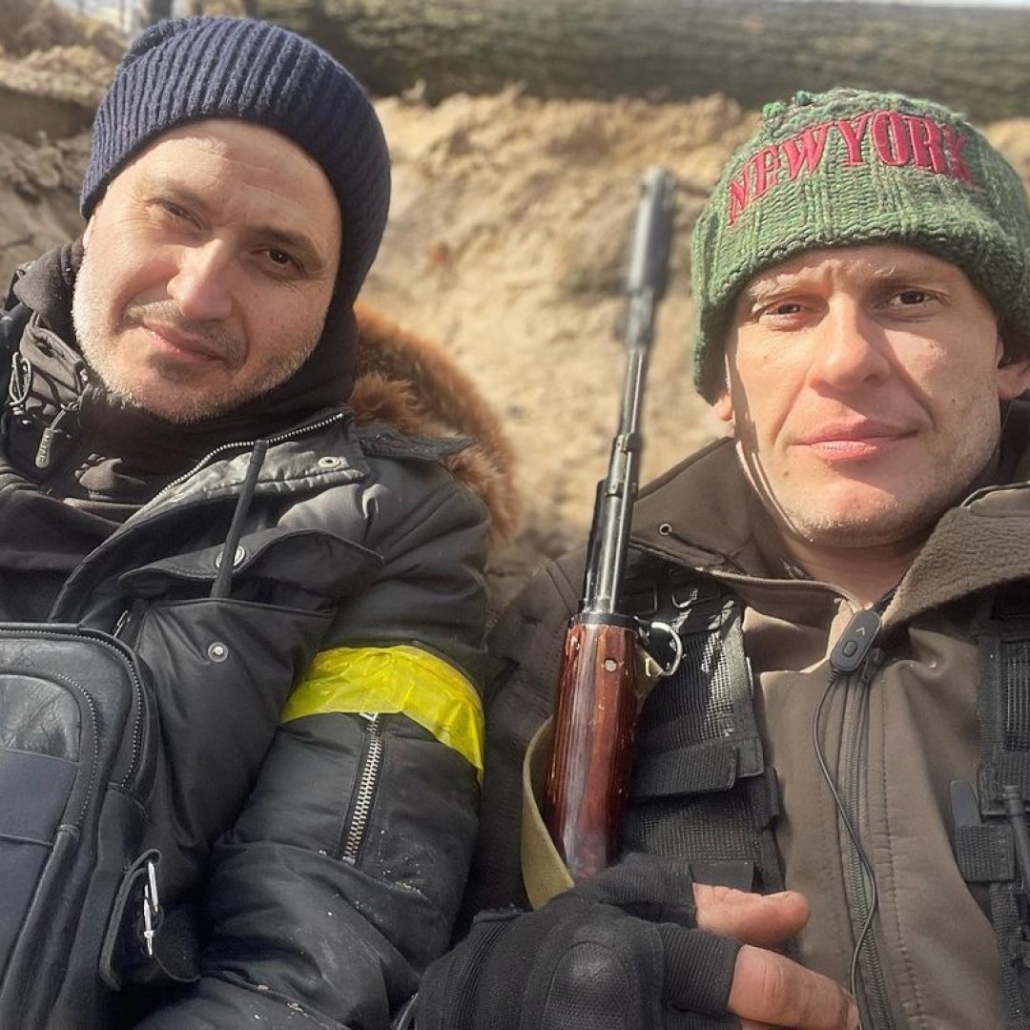 …And the world supports Ukraine

The support of the world is very important for Ukrainians! This is so inspiring for us! We know that Madonna, Paul McCartney, Mick Jagger, David Gilmour, Zbigniew Preisner, Margaret Atwood, Stephen King, Angelina Jolie, Jared Leto, Robert De Niro, Penelope Cruz, Benedict Cumberbatch are with the Ukrainian people! Many cultural institutions send us words of support, organize residencies for Ukrainian artists, and break cooperation with cultural actors from the Russian Federation.  So, Bologna Children’s Book Fair was added to the list of these institutions. BCBF suspends participation of Russian state organizations and continues to support the Ukrainian Publisher’s Association and will continue to promote their books, illustrators and writers.

Munich Philharmonic fires russian conductor Valery Gergiev and Anna Netrebko for supporting putin and for not rejecting the invasion of Ukraine.

Paramount Pictures is pausing its theatrical releases in Russia amid the ongoing invasion of Ukraine. “As we witness the ongoing tragedy in Ukraine, we have decided to pause the theatrical release of our upcoming films in Russia, including The Lost City and Sonic the Hedgehog 2. We stand by all those impacted by the humanitarian crisis across Ukraine, Russia and our international markets and will continue to monitor the situation as it unfolds.”

Motion Picture Association — the major lobbying arm for Hollywood film studios and Netflix — issued its comment on the invasion: “The Motion Picture Association stands with the international community in upholding the rule of law and condemning Russia’s invasion of Ukraine. On behalf of our member companies, who lead the film, TV and streaming industry, we express our strongest support for Ukraine’s vibrant creative community who, like all people, deserve to live and work peacefully,” the MPA statement said. “We will continue to monitor the situation, working closely with our members and partners throughout the global creative sector.”

The Cannes Film Festival refused to host the official Russian delegation in 2022: “During this winter of 2022, the Festival de Cannes has entered its preparation phase. Unless the war of assault ends in conditions that will satisfy the Ukrainian people, it has been decided that we will not welcome official Russian delegations nor accept the presence of anyone linked to the Russian government.”

Thousands of citizens came to defend the largest nuclear power plant in Europe – Zaporizka NPP.  Millions of Ukrainians have been defending their homes for a week in all possible ways! And keep doing it! #StandWithUkraine! 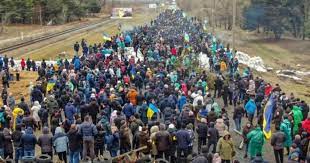