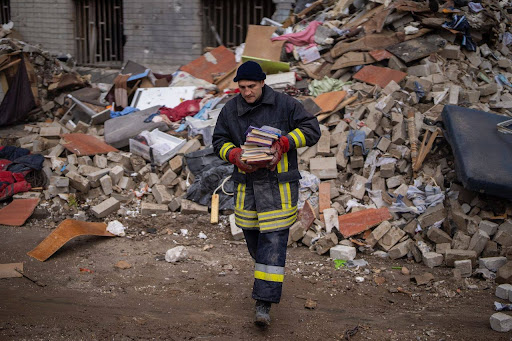 On April 27 Canadian lawmakers voted unanimously to call Russia’s attacks in Ukraine a “genocide”, with members of parliament saying there was “ample evidence of systemic and massive war crimes against humanity” being committed by Moscow. The Canadian House of Commons’ motion said war crimes by Russia include mass atrocities, systematic instances of willful killing of Ukrainian civilians, the desecration of corpses, forcible transfer of Ukrainian children, torture, physical harm, mental harm, and rape. Earlier this month, Prime Minister Justin Trudeau said it was “absolutely right” for more and more people to describe Russia’s actions in Ukraine as genocide, supporting an accusation made by U.S. President Joe Biden a day earlier. Previously, on April 21, the Estonian Parliament Riigikogu adopted a Statement on Russia’s war crimes and genocide in Ukraine. Also the same did the Latvian Saeima.

Occupiers hide their traces of atrocities in Mariupol

Recently massive graves of Mariupol civilians were found in several towns of Donetsk region. In Mangush town, 20 kilometers far from occupied Mariupol, occupants could have buried from 3000 up to 9000 Mariupol citizens – reports Mariupol City Council: “On Maxar satellite shootings from April 9th the sector of the mass buries in Mangush in 20 times bigger than mass graves, found in Bucha. Occupiers dug and filled the trenches with corpses daily throughout April. Our sources report that in such graves bodies are placed in numbers of levels”.

One more mass grave was revealed in the Staryy Krym (Old Crimea) town. It appeared on March 24th, after the town was occupied by russians. On the satellite photoshoot of Planet we can see that those are 60-70 meters along. Two weeks after, in the photo taken April 7th, the place of burial became larger, up to around 300 meters. In the middle of March in different parts of Mariupol and nearby areas community workers have buried up to 5000 people. According to cautious estimates, the total number killed by the Russian army in Mariupol is 22 thousand people. 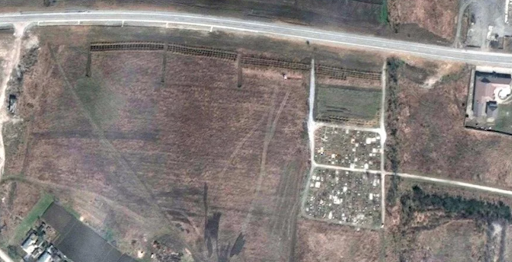 “Azov” battalion, who are still in the occupied city together with the civils, announced that at the night of April 28th russian occupants inflicted about 50 air strikes on Mariupol and dropped a large number of phosphorus bombs. In particular, the bombs were dropped on a military hospital located on the territory of the Azovstal factory. On April 25th, at least 35 air strikes and bombings were reported, Mariupol Mayor Serhiy Orlov said.

The militaries estimate that during the 64 days of the war, Russia lost $ 162 million in equipment in Mariupol only, and the occupiers spent $ 288 million on ammunition and aircraft. In total, according to the commander of the Azov Regiment, Captain Svyatoslav Palamar, Russia’s losses in Mariupol amounted to more than 1 billion 111 million dollars. The occupiers could have spent this money on building schools or hospitals, on providing a decent old age for their pensioners, but they chose to spend it on the destruction of Mariupol…

95% of the city’s buildings were destroyed and damaged, the city remains in a humanitarian catastrophe and danger. The Russians are systematically shelling humanitarian corridors and “filtering out” civilians. In addition to the constant shelling, about 100,000 civilians in Mariupol are already threatened by epidemics of cholera, dysentery and Escherichia coli, which can develop with the onset of heat.

Already, the air temperature has reached 20 °C. The lack of centralized water supply and sanitation, the decomposition of thousands of corpses under the rubble, and the catastrophic shortage of drinking water and food contribute to the development of diseases.

The reaction of the world

On April 28, UN Secretary-General Antonio Guterres arrived in Kyiv. And on the day of his visit, after a three-week lull, the Russians cynically launched rockets into the capital. The rocket hit a living house and one person has already been found dead – the journalist of Ukrainian Radio Liberty Vira Hyrych. Security services are still working in the location. The day before, on April 26, Antonio Guterres visited Moscow and met with Vladimir Putin. Adviser to the head of the President’s Office Mykhailo Podoliak reminded that “the day before yesterday Mr Guterres was sitting at a long table in the Kremlin, and today explosions are heard a kilometer away from him”.  Volodymyr Zelenskyy said that such an attack “says a lot about the real attitude of Russia to global institutions, the desire of the Russian leadership to humiliate the UN and everything that the organization represents”. 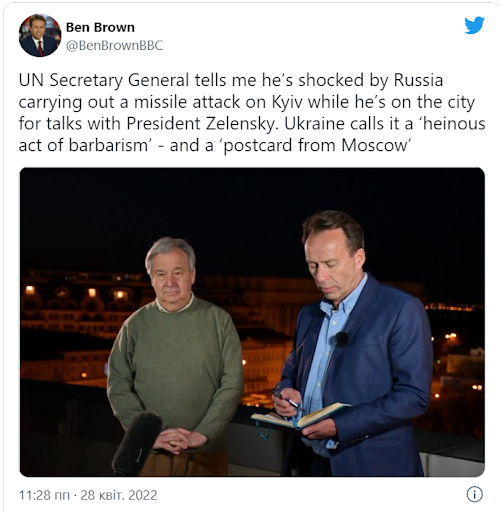 UN Resident Coordinator in Ukraine Osnat Lubrani said she was going to Zaporizhia to prepare for the evacuation from Mariupol.
“Secretary General Antonio Guterres has arrived in Ukraine to meet with President Zelensky. At his request, I am going to Zaporozhye to prepare for, I hope, the evacuation from Mariupol. The UN is fully mobilized to save the lives of Ukrainians and provide assistance to those who need it” – Lubrani wrote on Twitter.
Evacuation from Azovstal is scheduled for today, April 29. citing a source in the office of the President of Ukraine, Reuters. The evacuation of civilians from Azovstal Plant was planned for Thursday, April 28, but the process was stopped by night air shelling of the local hospital. It is noted that after the evacuation of civilians, Ukraine will try to remove the most seriously injured from the plant.

On April 28, the Parliamentary Assembly of the Council of Europe adopted a resolution proposing the immediate establishment of an international tribunal to investigate Russia’s war crimes in Ukraine. The document was supported by 115 PACE deputies.

The US Congress Representatives have supported a bill on land lease and protection of democracy in Ukraine. The last time a similar procedure was in place was during World War II. The bill was supported by 417 members of the Chamber, opposed by ten. It must now be signed by US President Joe Biden.

Heritage: How Lviv Protects Historical Memorials in a Wartime

Work on protecting monuments in Lviv has fled literally from the first days of the full-scale war. The active position of the community – representatives of the fields of architecture, restoration, protection of monuments, museum work, and art history – became decisive. The experience and support of foreign colleagues and partners are no less crucial. How does the Lviv community protect material heritage sites from possible threats, how do they promote the culture and history of Lviv, how can scanning objects and 3D modeling help protect heritage? Read about this work in an article of Cultural Strategy Institute. 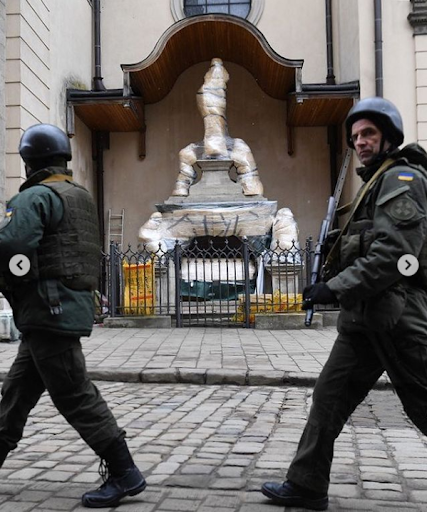 А concert UNBREAKABLE took place in the Lviv Philharmonic on April 19. The event gathered on the stage quintet of the famous Ukrainian musician Ihor Zakus and the Academic Symphony Orchestra of the Myroslav Skoryk of Lviv National Philharmonic under the guidance of conductor Volodymyr Syvokhip. The symphonic poem UNBREAKABLE was broadcasted around the world to raise funds for the Armed Forces,  the AZOV Special Operations Detachment in particular.

The UNBREAKABLE programme includes works by Ihor Zakus, orchestrated for symphony orchestra and jazz quintet by the best Ukrainian orchestrators, as well as poems by Ukrainian poets which were written in the first month of the war between Ukraine and russia; poems were read by Marta Bilska (Cultural Strategy Institute) and Oleh Oneshchak, an actor of the Les Kurbas Theater, who joined the Armed Forces when the war began.

“UNBREAKABLE is about Ukrainians. Music is dedicated to them. The poems, which were written in the last month, glorify the Ukrainian people, their spirit and resilience. The compositions describe peaceful Ukrainian who becomes a battler, his parents, children, a Ukrainian woman, a Ukrainian soldier… This is a great musical canvas, flooded with poetry of Ukrainian poets about the heroic struggle of the Ukrainian people for their freedom in the war of aggression of russia against Ukraine, musical and poetic depiction of the path of Ukrainians to victory,” said Ihor Zakus, musician and composer.

Here is a concert video and here are the ways to support Ukraine!

Meanwhile, on April 22, the Lviv National Opera hosted an event in memory of the fallen heroes and victims of russian aggression in Ukraine. Stabat Mater by G. B. Pergolesi was performed. It is the most famous work of art of the sufferings of the Virgin Mary before the crucifixion of Jesus. The internally displaced persons were present at the event. And some of the seats were left empty: these listeners are no longer alive, there were only flowers that they could give to artists. 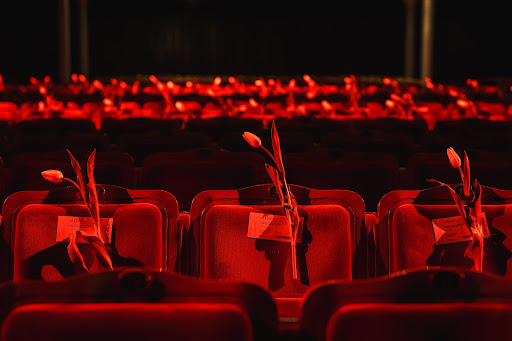