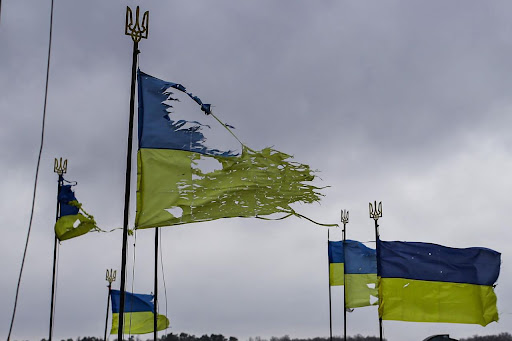 Mariupol: the «heart» of a war that’s still beating

This is what President Volodymyr Zelenskyy says about Mariupol, which has been surrounded by Russian troops for already a month and a half.

The situation in the city remains not only tense, but terrifying and catastrophic. The Russian military, contrary to Russian media reports, has failed to capture the main locations of Ukrainian defense units in Mariupol – the Seaport, Ilyich Plant in the north and Azovstal Plant in the south. This was announced by the adviser to the current mayor Petro Andryushchenko. The city itself has already been destroyed for 90%, and although civilians remain in it, they still have the opportunity to evacuate by their own vehicles. However, this doesn’t make the situation easier, as many properties, including vehicles, are destroyed, and going out of the basements for a few minutes is tantamount to immediately dying from bullets. The number of dead civilians, according to the head of the Donetsk region Pavlo Kyrylenko, can range from 20 to 22 thousand people. 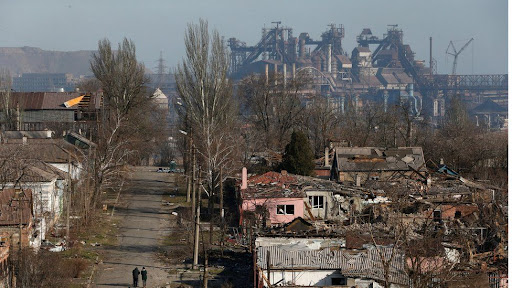 There have recently appeared horrific reports of mobile crematorias in the city, in which invaders suppose to burn the bodies of slain and murdered Ukrainian civilians. Mariupol officials say that after the world saw the consequences of the Russian occupation of Kyiv oblast, in the cities of Bucha, Irpin, and Gostomel, the Russian authorities decided to “cover their tracks” with the help of terrorists of the so-called DNR who collect and burn bodies.  Journalists believed that they would use these devices to hide losses among Russian militaries in Ukraine. It is possible that crematoria are used for both purposes.

The first news about mobile crematoria, allegedly prepared by the Russian military leadership for the war in Ukraine, appeared shortly before the full-scale invasion in February. For example, with reference to the Minister of Defense of the United Kingdom Ben Wallace, this was reported by the publication The Telegraph and Mirror.

On April 11, the Azov National Guard Regiment, which together with the 36th Marine Brigade of the Armed Forces of Ukraine, as well as border guards, Security Service of Ukraine and police, is holding Mariupol, declared the use of “unknown poisonous substance” by the Russians:

“Yesterday the occupiers used a substance of unknown origin against the military and civilians in Mariupol. The epicenter of the substance was removed from the location of people, so it helped them minimize contact with the substance, which may have saved their lives,” said Azov commander Denys Prokopenko.

The Ministry of Defense of Ukraine stated that it is still checking the data on the possible use of chemical weapons, but admits that it could be phosphate munitions, which Russia has already used several times in this war. The Kremlin has not commented on the accusations of a chemical attack.

— The world has not seen the scale of the tragedy in Mariupol since the Nazi concentration camps. The racists turned our whole city into a death camp. Unfortunately, the eerie analogy is gaining more and more confirmation. This is no longer Chechnya or Aleppo. This is the new Auschwitz and Majdanek. The world must help punish Putin’s villains — said incumbent Mayor Vadym Boychenko. 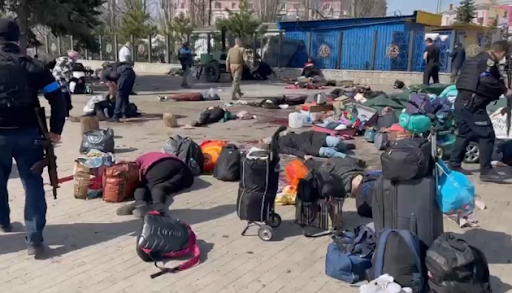 Bloody picture: the square of the Kramatorsk station is dotted with the killed bodies of station workers, migrants, volunteers. Photo: Ukrinform

The Pentagon confirms that the “Point-U” missile at the station in Kramatorsk was released by Russia.

“Obviously, we are not buying the denial by the Russians that they weren’t responsible [for the missile attack]. I would note that they originally claimed a successful strike, and then only retracted it when there were reports of civilian casualties,” the official said.

The Pentagon also added that since the beginning of the full-scale invasion of Ukraine, Russia has fired 1,500 missiles at Ukraine. 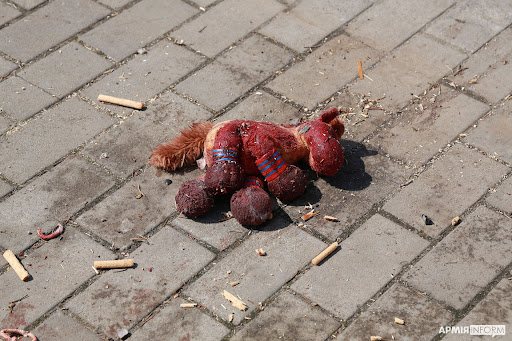 The life will win no matter what

Dmytro Yurin, the Mariupol citizen, escaped from the occupied city by swimming in the Sea of Azov. Dmytro fled by swimming 4 km in freezing cold water along the shoreline to reach the neighboring village and then with the help of emphatic compatriots got  to Ukrainian-controlled territories. Preparing for the swimming he took two rubbish bags to tie around his socks, some string, and four 5-litre plastic bottles, for use as buoyancy aids.

Another Mariupol resident, Viktoria Dubovitskaya, said she managed to flee with her two children – Artem, six, and Nastia, two – in a private car. They had been sheltering in the drama theatre when the building was obliterated. “It was quiet. Then there was an explosion. We had to run,” she said.

Viktoria remembers the terrible hunger and fear of the days spent in the blockade. “You feel guilty when you can’t feed your kids,” she said. Ukrainian militaries then brought food including frozen fish, which was cooked outside on a wood fire. Only children were allowed to eat. Volunteers looted a shop and brought warm clothes, she said.

When the bomb fell on the Mariupol Drama Theater on March 16, Victoria Dubovitska and her two children were in the projector room. The blast was so strong that the woman was thrown and hit the wall. Another wall separating the room from the concert hall was destroyed. Two-year-old Nastya was covered with stones.

“After the explosion, screams and moans were heard, and my child was silent. And it was the worst. Only then I heard her voice. She shouted, ‘Mommy!” the woman said. Fortunately, the little girl was under the covers. This probably softened the blow. Victoria managed to dig her daughter out of the blockages of stones. She was alive. Read the uneasy and inspiring stories in the Guardian material.

I wanted to gift the gladness!

Senior lady Nadiya Krupenych from west Ukraine Ivano-Frankivsk region sent flower and tree saplings to Kharkiv after hearing on TV that Kharkiv will be planted with greenery no matter what – even during the war. Apple, cherry, peach trees and many hibiscuses were shared by Mrs Nadiya. She cried right in the post office because of sympathizing with the people of Kharkiv, which now remains one of the most damaged cities of Ukraine and still being shelled every hour. 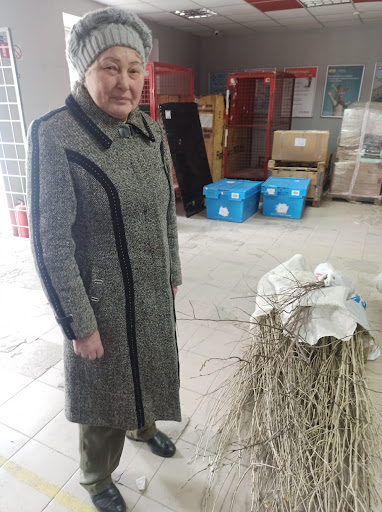 As a token of gratitude, Nadiya Krupenych will receive flower seedlings from Kharkiv City Greening Company. The company’s employees thanked the woman for the gift and noted that the received seedlings will be planted right in the city center in the near future. In addition, it was agreed that fruit tree seedlings will be exchanged with her in the fall.

Mrs Nadiya’s gesture symbolizes something more than community in landscaping – the victory of generosity, unity and love in the gesture of humanity. That always wins. 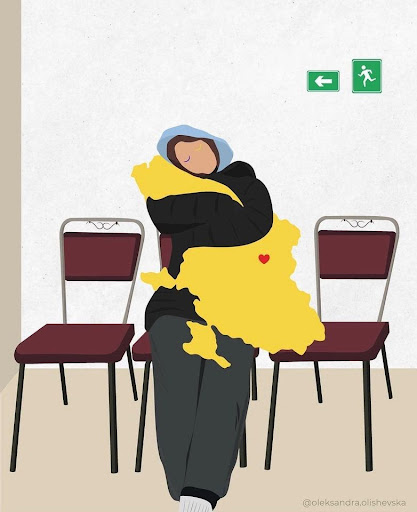