You are here: Home / News / #standwithukraine / “Struggle on – and be triumphant!”

these are the words of Taras Shevchenko, a Ukrainian poet, a symbolic figure for Ukraine. The Prophet, whose calls for freedom from the yoke and the will to fight, are relevant for Ukraine today even more than ever. Today we celebrate 208 years since the great poet’s birth! And we are struggling! 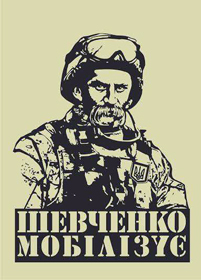 “The secret is we’re not afraid Russia”

On International Women’s Day, Ukrainian author Oksana Zabuzhko addressed the European Parliament on the plight of her fellow citizens under attack by Russia (video is here).

‘‘Along with the rest of the world I cannot but admire with tears in my eyes, my fellow country women fighting alongside our men. They join the army and the civil territorial defense forces, they manage the distribution of supplies across our besieged cities (some of which like Mariupol stand on a verge of a humanitarian catastrophe), they give birth in bomb shelters, supervised by doctors online… Yes, we are strong and grateful for your support and your admiration. The problem is Putin’s bombs will not be stopped by the strength of our spirit…

Since February 24th when Russia launched its invasions conceived as a blitzkrieg only to be foiled by the ferocious determination our military and mobilized civilians one of history’s unshakable rules has been reconfirmed: in any hot war women make the most vulnerable targets if only because it’s women who remain it take care of those in need of children and the elderly. And it is precisely this living shield which Vladimir Putin now uses to break Ukrainian heroic resistance having failed to take Kyiv, Putin began shelling residential areas including elementary schools, nurseries and hospitals… Every moment of hesitation on the side of western policy makers and NATO decision makers about whether to provide Ukraine with anti-aircraft weapons – not to speak about no-fly zone – every coffee break you’re taking during your discussion about how to interfere without provoking Putin to go further, costs someone’s life most likely civilian’s – a woman’s or a child’s…

…So many human lives could have been saved if only the EU and the U.S. would have woken up eight years ago [in 2014, when Putin annexed Crimea and created two Russian-controlled military zones in Donetsk and Luhansk regions in Ukraine] to the fact that the new Hitler was ready to pick up where the previous one had left off…

Putin deliberately imitates Hitler. He even uses Hitler’s very language, referring to the final solution of the Ukrainian question and barely disguising quotations from Hitler’s speech at the Reichstag on September 1st 1939… I am here to tell you, as a writer who knows something about language and how easily this power can be misused, that it is already a world war, not “a conflict in Ukraine”, as it is still described in many western media…

Woman of Ukraine are fleeing from the Russian bombs flattering their homes while the Ukrainian men stay to fight as long as it’s needed to free Europe from the specter of new totalitarianism. They all know their job – both, men and women, – please do not be afraid to protect the sky above them!’’ 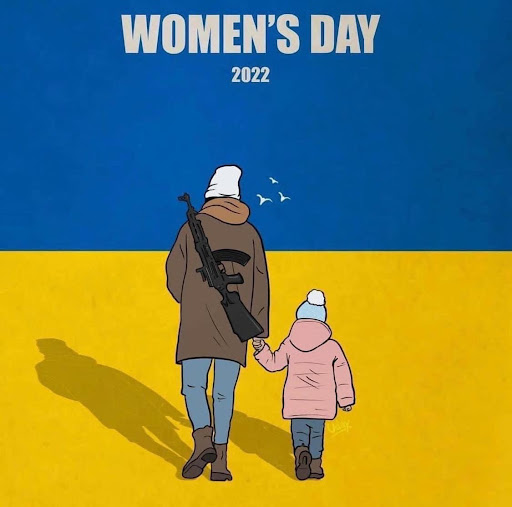 The philosophical community speaks out in support of Ukraine. Here is web platform Philosophers for Ukraine, where philosophers and philosophy researchers publish their thoughts on why “Putin Will Fall Into the Dustbin of History”, why “Russian soldiers in Ukraine are guilty of both fighting in an unjust war and violating the rules of war” and why “The Ukrainians are fighting for freedom, self-determination, and the rule of law”. Saulius Geniusas, Professor of Philosophy, The Chinese University of Hong Kong, writes in his text:

“Putin has three great weapons: the atomic weapon, narrow self-interests of other nations, and fear. We cannot deprive him of the first one, but we can deprive him of the other two. By means of sanctions, the international community can demonstrate that when need arises, it can set its own narrow interests aside. As far as the third weapon is concerned, the courage and resilience of the Ukrainian people continues to demonstrate that we do not need to be afraid. This is extremely inspiring, for it reminds us that we are not just creatures driven by pragmatic interests, but that we are also committed to values that are more important to us than anything else. The Ukrainians are fighting for freedom, self-determination, and the rule of law. They are fighting for our values; they are fighting for us.”

World-famous authors are not silent about the situation in Ukraine. Writers and musicians from different countries continue to express support for Ukraine, spread information on how to help Ukrainians today, volunteer and donate money.

So, Stephen King, Linwood Barclay, Rebecca F. Kuang and others refuse contracts to translate their books in Russia. Joanee Rowling wrote on her Twitter that she would donate 1 million pounds for humanitarian aid to children in Ukraine. Lumos, the Rowling’s Charitable Foundation, is raising costs to help the Ukrainian children.

From the very first day of Russia’s invasion, we, Ukrainian artists in Paris, providing intensive informational and propaganda work. Creating “Stop Putin” posters, organizing rallies, which are now, by the way, supported by the Paris City Council. As well we have involved the Académie des Beaux-Arts  in cooperation – they do enjoy supporting us and help with printing posters, disseminating information about what’s really going on in our country. Also we have organized an art exhibition for supporting the Ukrainian army. 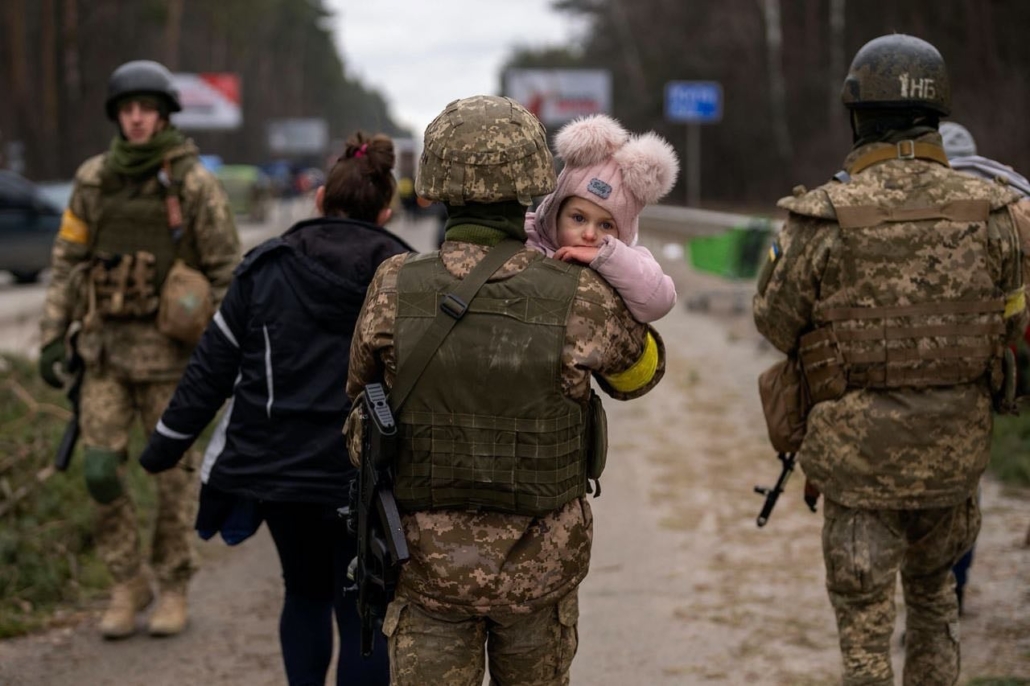