You are here: Home / Projects / The series of events “The time hits everyone” for the 110 th anniversary of the birth of Stanisław Jerzy Lec

On the occasion of the 110 th anniversary of the birth of Stanisław Jerzy Lec, a prominent cultural figure of the 20 th century, a series of popular educational events under the common title “The time hits everyone” was organized in collaboration with Polish literary and cultural figures. The series of events lasted 2 days and began with the celebrations marking the 110 th anniversary of birth of Stanislaw Jerzy Lec at the Potocki Palace. During the public discussion "Lec Today. Heritage, place in culture, political context", the life and work of this prominent cultural figure was discussed together with Andriy Pavlyshyn, Agnieszka Kosinski, Lydia Koska, and Stanislaw's son - Tomas de Tusch-Lec. On the second day, Lidia Koska, a prominent researcher and expert on the Stanislav Jerzy Lec’s creative works from Krakow (Poland), presented the fundamental work "Lec. The autobiography of the word". The book was published in 2015 in Warsaw by the Jewish Historical Institute.

The audience also got a chance to learn even more about Stanislav Jerzy Lec and what kind of person he was through the discussion with the writer's son, Tomas de Touch-Lec.

We were able to get to know Stanislav Jerzy Lec's work from the inside by talking to the artist's family, analyzing his works with foreign literary critics, and discussing the life and work of the writer during the realization of this project. 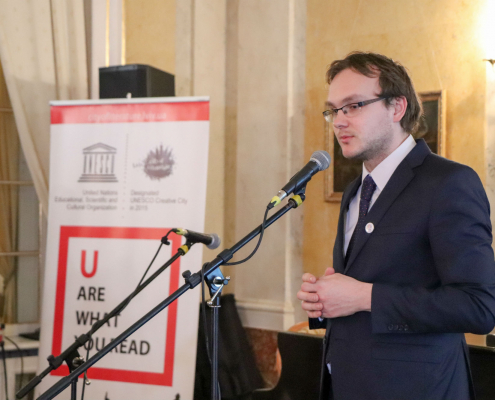 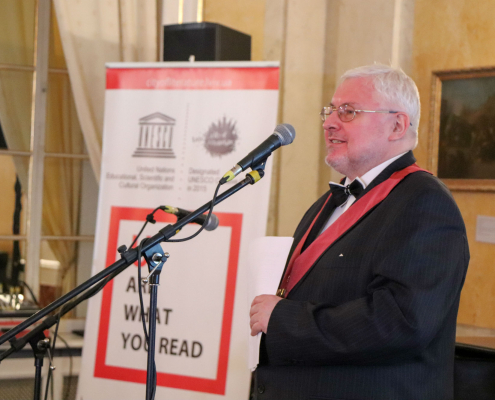 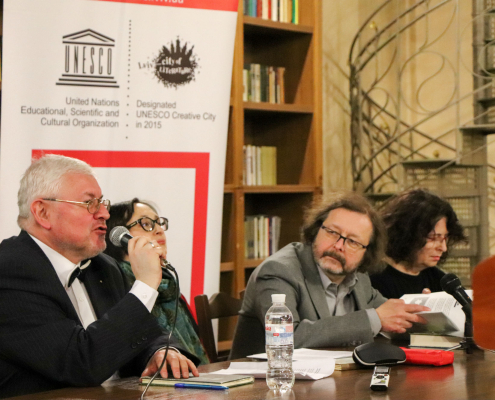 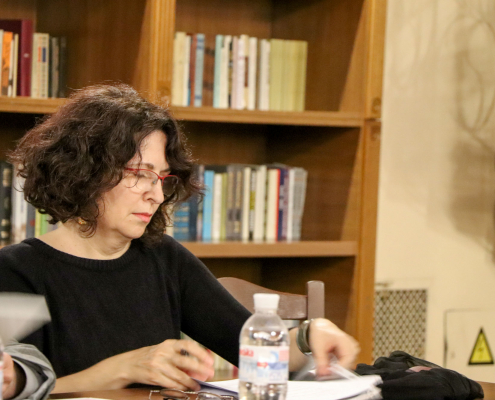 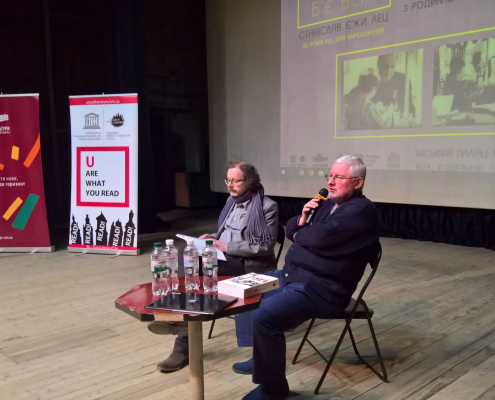 Voices of Freedom
Scroll to top