You are here: Home / News / #standwithukraine / Many minutes of silence 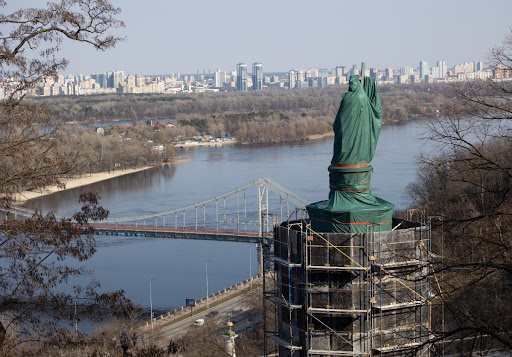 Many many minutes of silence would be needed to pay tribute to all of our fallen citizens and find the ability to speak after Bucha, Irpin, Hostomel, Borodyanka, Izyum, Mariupol… For us, Ukrainians, the world has changed and will never be the same as before. We ask you to remain silent with us – in memory of the hundreds of civilians of Ukraine who were tortured and killed by the Russian regime and the Russian military. And further we will demand in the world in memory of these terrible victims together with us to condemn this evil and its culprits. 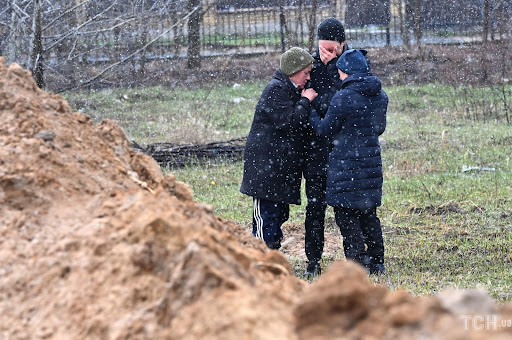 Since the last two days, the world has been shaken by horrible footage from liberated cities near Kyiv: Bucha, Irpin, Borodyanka, Vorzel, Hostomel and others. Freed in the sense of Russian troops. “Freed” in the sense of completely devastated.

From the first days of the war, fierce fighting broke out in these regions between Russian and Ukrainian Armed forces. Due to the capture of a strategically important object – the Hostomel Airport – Russian troops have long kept the neighborhood under siege. In the first week of April, after suffering heavy losses and failures in the attack on Kyiv, Russian troops withdrew to pursue the so-called “second stage of denazification”, when in fact they acknowledged their inability to resist the Ukrainian army. When the Ukrainian military and journalists (the first of whom were Reuters and the French Press) entered the city of Bucha, they encountered an unthinkable in the 21st century picture: on the roads and in the suburbs, in yards and basements, alone and in piles – the bodies of civilians, cruelty violated, lay everywhere. 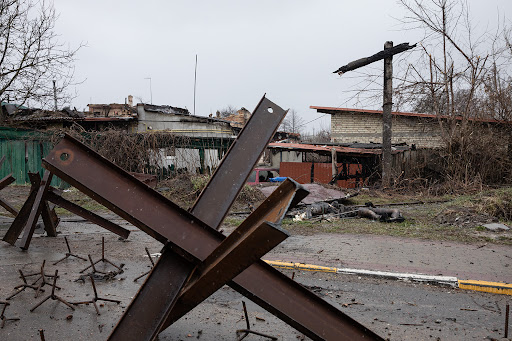 The bodies of civilians killed during the Russian invasion lie on the streets of Bucha, Ukraine, April 3, 2022. Photo: Mykhailo Palinchak

Many of them had their hands tied behind their backs, with marks of bullets and blows on their bodies. Among those tortured on the streets are both women and men. In particular, teenagers and children. Some bodies were left where they were killed. Others piled up and covered with tires. Burnt clothes indicate attempts to set them on fire. With shrieks in the wells, with distended bellies, torn genitals. Parents were killed in front of children. The Russian military tortured and massively raped… 9 years old girl. Bucha Mayor Anatoliy Fedoruk told the French Press on the phone that “280 people have already been buried in mass graves”. New horrific testimonies appear every day, the stories of those who survived this hell. Inhuman crimes leave no words to fully describe the horror inflicted on Ukraine. 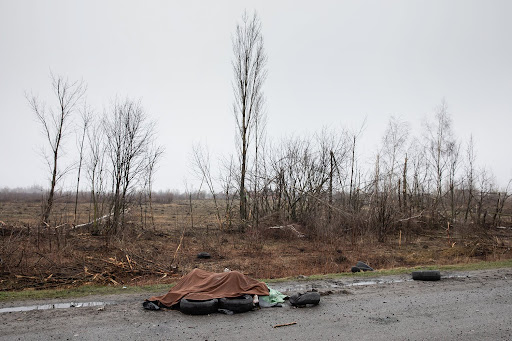 Dead civilians on the side of the road 20 km from Kyiv, Kyiv region, Ukraine, April 2, 2022. Under the blanket one man and 2-3 dead naked women all of whom together were tried to burn on the roadside”, – wrote the author of the photo Mykhailo Palinchak on his Facebook page

Russia calls the photos and videos from Bucha staged and provocative, but all the arguments it has cited in support of this have been refuted by experts. On the evening of April 4, the New York Times published satellite images of Bucha taken between March 9 and 21, when Russian troops, by Moscow’s own admission, were in control of the city. They can be seen silhouettes, many of the corpses found in the same places in early April can be recognized. That is, all this time the murdered lay in these places in the middle of the street and as well – refutes Russia’s claims that civilians were killed in Bucha after its troops left the city.

Prosecutor General Iryna Venediktova said that 410 bodies of killed civilians had been removed from the territory of the Kyiv region liberated from the russian occupiers. The remains of other people are still lying on the streets of Bucha, since the sappers in the city have not finished their work, they can be removed only after several days of demining.

Ukraine demands that the world community investigate these crimes. The Minister for Foreign Affairs of Ukraine Dmytro Kuleba called on the missions of the International Criminal Court and international organizations to come to Bucha and other cities and towns of Kyiv region to gather evidence of Russians committing war crimes and crimes against humanity and stresses that it is genocide. The recognition of Russia’s genocide in Ukraine is stated in a joint statement of the foreign ministers of Lithuania, Latvia, Estonia, Romania, Poland and the Czech Republic, said Oleksandr Merezhko, chairman of the Foreign Policy and Interparliamentary Cooperation Committee.

“We are already doing everything possible to identify all Russian servicemen involved in these crimes as soon as possible.” In a new address, Volodymyr Zelensky stated that Ukraine is interested in a full and transparent investigation into Russia’s crimes against civilians, including the European Union and the International Criminal Court.

The president also noted that Russia is already launching an information campaign to hide its guilt, and the Russian military is now likely to try to hide the traces of its crimes and set things up as if they were not doing it. See the appeal in ful, in Ukrainianl: https://youtu.be/r5hVNS3lE2k

The need to investigate Russia’s war crimes was stated by European Commission President Ursula von der Leyen: “An independent investigation is urgently needed. The perpetrators of war crimes will be brought to justice.”

European Council President Charles Michel said the EU would help Ukraine gather evidence of Russian military crimes near Kyiv. “Shocked by the atrocities committed by the Russian army in the liberated Kyiv region,” he wrote and attached the hashtag “Bucha massacre.” He also said that the European Union was preparing new sanctions against Russia.

List of convictions and reactions from around the world: https://bit.ly/3Keagjd

Crimes of the Russian military in Bucha and other cities will be considered at a meeting of the UN Security Council on April 5: https://bit.ly/3xaabt1

Cases of such atrocities are not isolated and not only in Kyiv region; Murders, tortures, rapes have been recorded in Chernihiv region as well, and due to the occupation by Russian troops, complicated logistics and communications, we do not know for sure what is happening in other territories – Donetsk, Luhansk, Kherson, Chernihiv, Sumy.

Ukraine today is one of the most dangerous places in the world. The UN Office for the Coordination of Humanitarian Affairs (OCHA) noted that 80,000 square kilometers of Ukraine’s territory are mined – this is one of the highest figures in the world. Even before the ongoing military offensive, more than 1.8 million people in Ukraine  had lived surrounded by mines for eight years.”

Statement of the Ministry of Foreign Affairs of Ukraine on the occasion of the International Day for Mine Awareness and Assistance in Mine Action https://bit.ly/3wZIgMq

These words belong to Maks Levin, а photojournalist, documentary photographer who became a victim of the Russian military while he did his journalistic job. 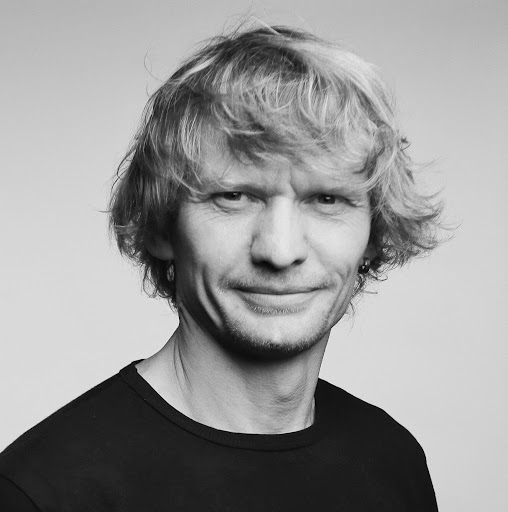 On April 1, after long searches in the area of ​​ the village of Huta Mezhyhirska in Kyiv region, the police revealed Maks Levin dead. Maks, accompanied by Oleksiy Chernyshov, a serviceman and former photographer, went to Huta Mezhyhirska on March 13 to document the consequences of the Russian aggression. They left a car and headed towards the village of Moshchun. Since then, the connection with both men was lost. Later it became known that intense fighting broke out in the area where Maks was going to work. The whereabouts and fate of Oleksiy Chernyshov have not been established yet. According to the preliminary information released by the press service of the Prosecutor General’s Office, unarmed Levin was killed with two shots from small arms by servicemen of the Russian Armed Forces.

Most of Levin’s documentary projects are related to the war in Ukraine. In 2014, together with his colleague Markiyan Lyseyko, Levin founded the AFTER ILOVAISK, a documentary project to save and reconsider the significance of the events of August 2014 for the fighters, their families, and for all the citizens of Ukraine. Maks was one of those who managed to get out of the Ilovaisk trap alive. We also saw a Revolution of Dignity through Maks’s camera lens. In an interview, Max once said that he must be at the epicenter of events, otherwise he will feel like a fish out of water.

For more than 10 years, he worked for LB.ua, Reuters, BBC, TRT World, Associated Press, Hromadske. His photos were published by the Wall Street Journal, TIME, Breaking news Poland, EU AGENDA, World news, and other media. Maks created dozens of photo and video projects for international humanitarian organizations, such as the WHO and UNICEF. The Ukrainian President awarded Maks Levin with a state award. Sources: Ukrinform, LB.ua. 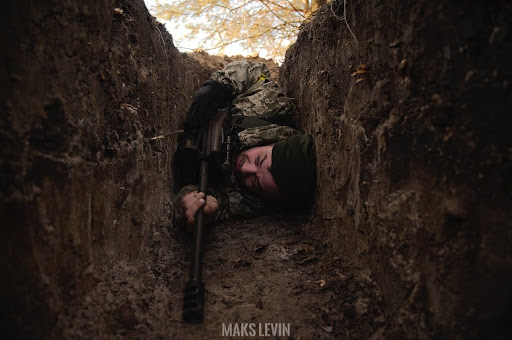 “A Ukrainian soldier, call-sign Kabanchik, hides from a helicopter airstrike amid Russia’s invasion of Ukraine, near Demydiv. March 10, 2022”. That is one of the last Levin’s photos published on his Facebook

Mantas Kvedaravičius, a Lithuanian filmmaker, anthropologist was killed on Saturday, April 2, during the Siege of Mariupol, with a camera in his hands. Mantas is an author of a documentary film Mariupolis, that tells about life in the city of Mariupol, where everyday life since 2014 is framed by the constant anticipation of war and its presence nearby. The film premiered at the 2016 Berlin International Film Festival.

Lithuanian President Gitanas Nauseda mourned the death in a statement. “We lost a creator well known in Lithuania and in the whole world, who, until the very last moment, in spite of danger, worked in Russia-occupied Ukraine.” 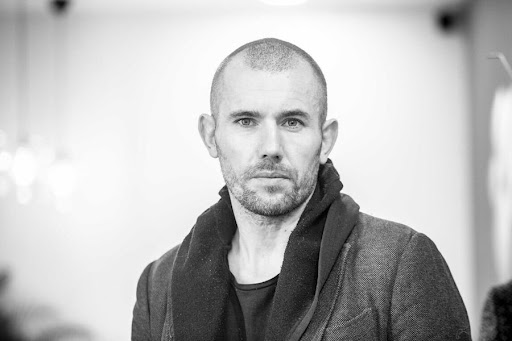 This is not the only case of the journalist’s death at the hands of Russian soldiers since the beginning of the full-scale invasion Russia’s invasion of Ukraine on February 24. The Prosecutor General informed that the Russian occupiers have committed crimes against at least 56 members of the media.

Ukrainian President Volodymyr Zelenskyi, singer Mika Newton and poet Lyubov Yakymchuk delivered a speech at the 64th annual Grammy Awards. Video of performance is here. Volodymyr Zelenskyi spoke about what is happening in the country and what, in particular, the musicians are doing.

“The silence of ruined cities and killed people. Our children drew swooping rockets, not shooting stars,” Zelensky said. “Over 400 children have been injured and 153 children died. And we will never see them drawing.”

Zelensky has been outspoken in gathering international support for his country since the invasion began in February. He tied that to the music industry’s biggest night by saying, “The war doesn’t let us choose who survives and who stays in eternal silence.”

While she was declamating her verse John Legend performed his song “Free” with the accompany of ukrainian singer Mika Newton and bandura player from Odesa Susanna Iglidan.

The sculptural ensemble, built in 1853, depicts the ancient Ukrainian Kniaz’ (Prince) Volodymyr, the baptist of Kievan Rus. This is one of the few monuments in the capital that survived the turbulent events of the 20th century. Although in Soviet times, attempts to knock down religious bas-reliefs from the monument were made. This monument has become a hallmark of Kyiv and now is preserved by locals from possible russian attacks. Photo: UNIAN