The first day turned out to be very productive. Anastasia Levkova’s workshop ‘How to Get a Writer to Talk” was the opening event of the festival. Art-program began with a conversation about the realness of history, with the participation of Petro Yatsenko, Vasyl Kmet’ and Oksana Darmoriz. During the first day of the festival everyone could find something especially interesting – for example, Andriy Sodomora’s recital or Yaryna Boren’ko’s workshop entitled “What Books about the Criminal Underworld of Lviv Will Be Written Someday”.

The finishing event of the first day of inspiration was a poetic and musical evening with the participation of Inna Bashtova and Ocheretyanyi Kit band. And of course, there was an all-day entertaining and educational children's area, where children (and adults) could watch cartoons with Basya or simply relax, and take part in creative literary workshops.

The second day started with the stories of our invited partners from Kharkiv, who told us about the reconstruction of Kharkiv LitMuseum. The museum is situated in the former hotel building, but it wasn’t an obstacle for creative museum workers – they managed to transform it into modern and comfortable place. Of course, we invited our new friends in the Creative Cities Network – Odesa UNESCO City of Literature. Hanna Dudnyk, the representative of the project group, told us about the application submission history; she also told us a bit about Odesa and the city’s plans for the next four years. By the way, the plans are very, very ambitious. Foreign guests were present as well. The representative of the Krakow Festival Bureau and Krakow City of Literature – Ela Foltyniak – told us about the Planet Lem project – a creative literary space project that will be realized in 2021. Stanislav Lem was closely connected both with Krakow and Lviv, and it only proves the fact that we happened to be in such close proximity in the creative network for a reason. The discussion with the representatives of the three cities afterwards helped put all the things right and view the general perspectives of the Ukrainian creative network development.

The second day art-program was busy and intense. Visitors had an opportunity to appreciate the poetry during the mesmerizing performance of Literary Dissociation Gran’, and after that, to get inspired by Olha Povoroznyk’s and Ostap Slyvyns’kyi’s recitals. The literary and musical performance of Taras Prokhas’ko and Mark Tokar enraptured everyone, even the most demanding listeners. The final note of the festival was the presentation of the movie about Grytsko Chubai by Mykhailo Krupiyevskyi and Solomiia Chubai. And then, Solomiia sang to the accompaniment of Jalapita and Rococo bands. A children's area with workshops and Basya was constantly functioning, just like during the first day.

The partner program also entertained the visitors with an extremely interesting presentation of the Franko from A to Z project by Franko’s House in the person of a project manager Tetyana Prodan. It was very literary indeed, and we are looking forward to the next festival! 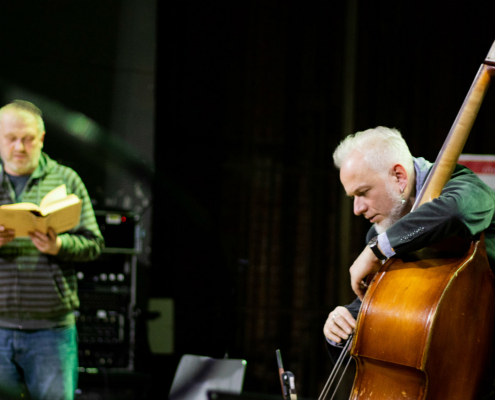 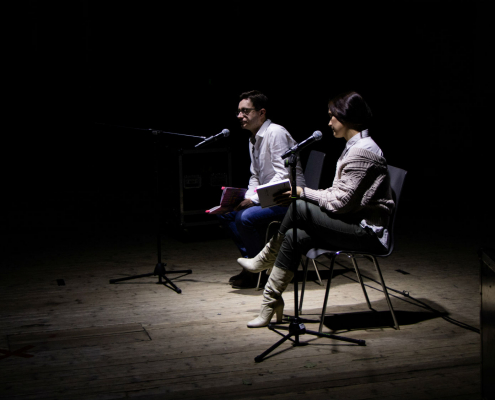 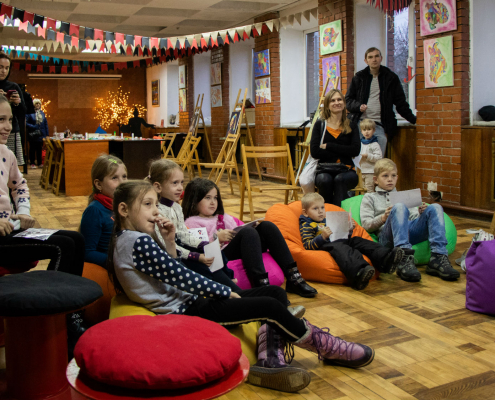 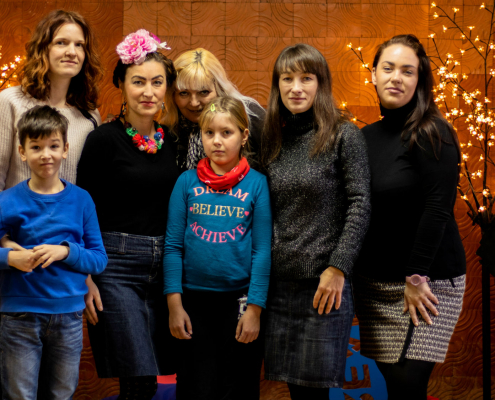 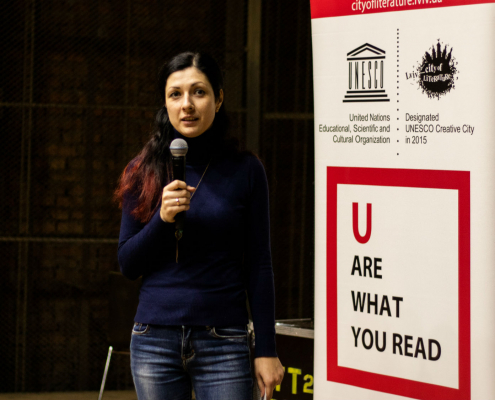 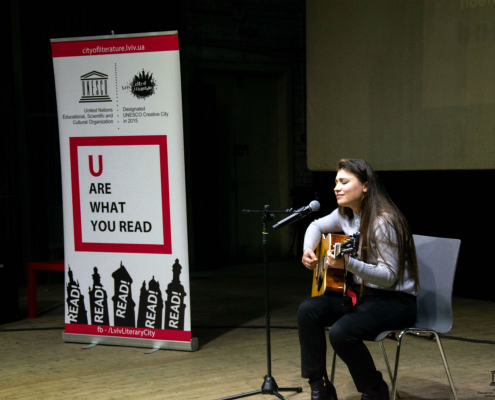 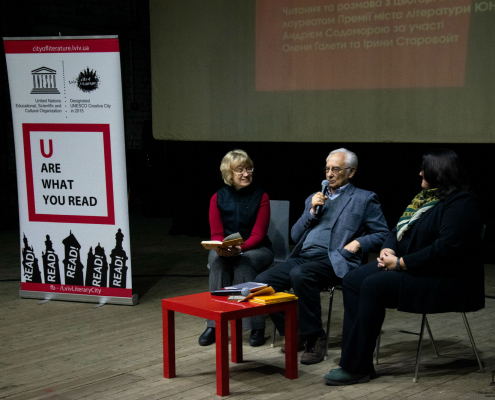 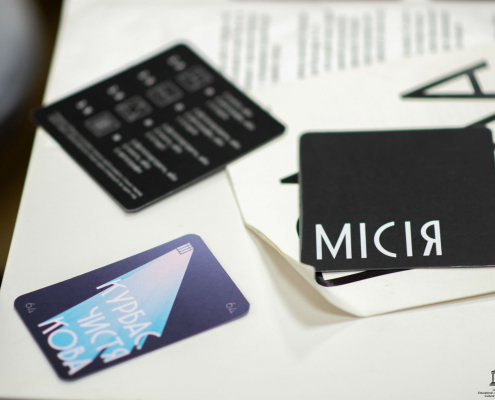 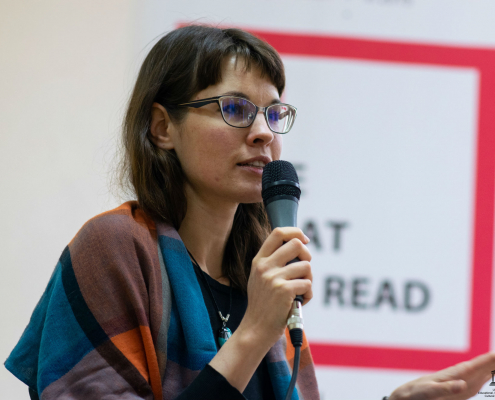 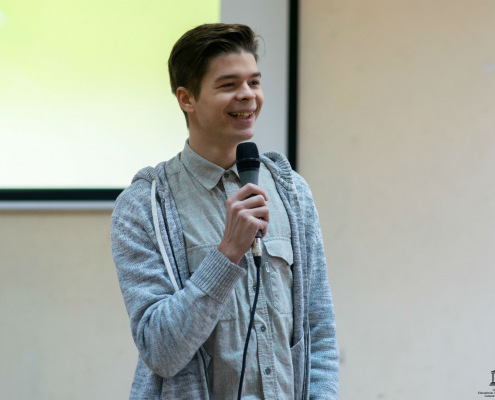 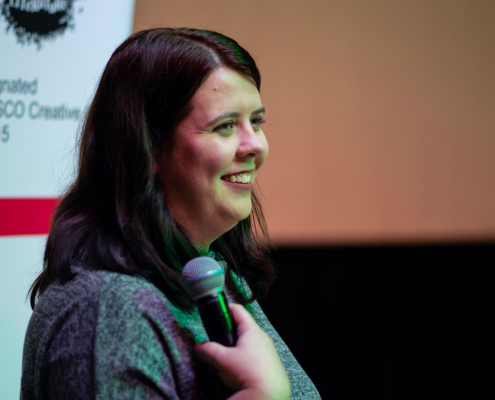